The App Puppy would like to welcome best-selling creator of such treasures as The Kiss That Missed and Hugless Douglas Sir David Melling! 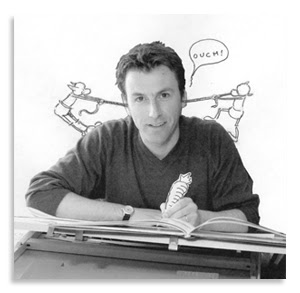 The HuglessDouglas app is expertly narrated by mop headed comedy legend and star of QI Alan Davies - If you could choose three celebrity voices for the sheep who would you choose?


Ouch, start with an easy one! Difficult, but after much, much thought (more than I’m prepared to admit), I’d say the comedian Sarah Millican (great voice), and my children Monika (11yrs) and Luka (7yrs) – both of whom are the biggest celebrity in my life. Ha!


Sorry if I cheated there but this has been the hardest question. 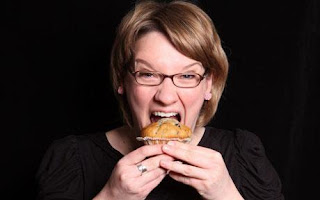 
So after many pain staking, hand crippling hours slaving away paintbrush in hand how did it differ seeing your artwork transformed into an app as apposed to a printed book?


To be honest there wasn’t much adjustment to be made  - in my mind or in the artwork. I say that because with Jack Frost the characters obviously had to be interpreted by animators, redrawn and translated onto a screen.

More than once I was reminded of a comment made by a friend who had a similar experience. “It’s a different format, different medium – you have to let go!” But, as I say, with the Hugless Douglas App, there was no such adjustment. The original illustrations were used, just manipulated into very simple animation.
I call it the Captain Pugwash style of animating. And they have done a fine job! 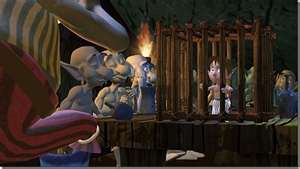 Sometimes it's hard to tweak perfection (just ask Justin Biebers hair) but if you could change one thing about the App what would you change?


I’m really not sure, I honestly think they did a fantastic job. But looking at the artwork…well, there’s a bit of dodgy drawing in there which, given a bit of time (unlikely), I’d have a go at re-doing!


The Hugless Douglas brand has confidently conquered a myriad of formats and the app has proved a huge bearsized success -  Which other books in your extensive back catalogue would you like to see made into an app?


I think The Kiss That Missed could lend itself to the app format very well. And I also have a soft spot for The Scallywags. Oh, then there’s the Goblins series. Heck, why not do them all? 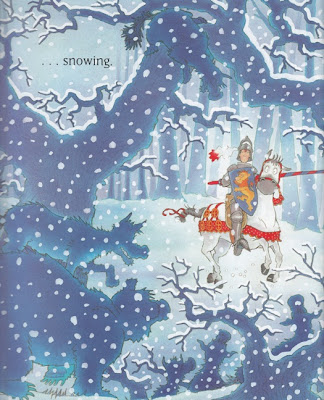 Your intricate and masterful use of brush and pen are admired far and wide and I have on a few occasions been lucky enough to see some of the artwork up close and personal  - Do you feel your illustrations have a different feel when viewed on a screen?


Definitely. And to be honest it doesn’t look so great on screen…in my view! I think, alongside digital a/w, which is smooth, bright and slick, my a/w lacks a little something. Don’t get me wrong – it’s still awesome!


But seriously, in print form the hand painted nature of my illustrations can sit comfortably alongside a wide variety of work that’s out there. (I’d like to think so anyway!). You see, I don’t use the computer at all, no screen, no tablet, no photoshop. But I do feel on screen the a/w is a little weaker. Maybe it’s the lighter line. And of course the colours will always be a little off. With digital illustration what you want is what you get. So I’m not sure, but something is lost, or lacking…somewhere. I just can’t put my finger on it.


Having said that, I’ve just completed some a/w for Discover Children’s Story Centre for an online project later this year. I think 12 stories have been commissioned and illustrated and will be interactive. I know at least two other illustrators also don’t touch a computer. But probably, for the most part, there will be plenty digital a/w on show, so it’ll will be very interesting to see the different styles look and compare collectively.


Would you ever consider writing a story with the sole intention of it being made into an App rather than a physical book?


It would be less interesting for me. I love books and everything about them. Following on from the previous question, I would have to think about adapting my artwork for the screen.

I can’t help but feel this would be the beginning of a slippery slope for me, away from hand painted illustration. On the other hand - he said recognising this Q&A was all about how fab and exciting apps are – it’s always good to challenge yourself, move forward and respond to what is being done. I guess my knee-jerk reaction is to cling onto my ‘traditional ways.’ But of course, it’s not like that, not as extreme as that, and any adapting I would have to do would require, on my part, a shift in approach and technique. Not a bad thing to do from time to time, creatively speaking. Ultimately, however, it’s still about telling stories and that does interest me.

So really, it might not be so bad after all! I guess I have a built in resistance to illustrating with a tablet. As I say, not necessarily a good thing…I do recognise that. And finally, at the risk of rambling on, I also recognise there are things you can do digitally that are just not possible with pencils and paint etc…and that is also potentially interesting.

I have recently trained the monkey butler to make a mean gin and tonic (Pimms is SO last year)- If you could invent a gadget to assist you in your every day life what would it be?


A shoulder masseuse. Something that could have come out of Wallace & Gromit’s workshop…all leavers, pulleys and two giant white handed gloves. It could go about it’s massaging without interrupting me while I work. Oh, and I’ll have two; one for home and one for work.

As an old fashioned fan of the good old hard back picture book I have in the past been accused of being a Luddite - Do you think more authors / illustrators should be open to and embrace the world of Apps and downloads?

Um, bearing in mind my answer for Q6…absolutely, yes! I’ll be honest, it’s not something that hugely excites me now but it is something that will probably change…and probably should! I’d hate to see the app replacing the physical book, and in particular the picture book, although I don’t see that happening (with the latter), anytime soon. Then again, who knows what’s right around the corner? Everything is moving sooo fast.


The thing is, I guess I’m still a little sceptical. Only the other night I read an app to my son at bedtime. We don’t have many but it was one of our favourites. Anyway, quite unexpectedly it malfunctioned! Now you can’t say that about a book, can you?  The pages turned too early while the text was being read and the actions began to jumble. We switched it off and opened a book!


But, in truth, there are many new and exciting things happening in publishing and that is to be celebrated. We (authors and illustrators), can’t ignore that, or we do so at our own peril! There are so many possibilities and it would be wrong to turn our back and stick to what we know. I genuinely believe that. Move and adapt. I suppose what I’m saying is they work well side by side, traditional and digital publishing. I just hope there will always be a mix of the two and that digital publishing doesn’t make traditional publishing obsolete.


You've recently taken Twitter by the scruff of the neck and wrestled it into submission (Follow David @DavidMelling1) - Apart from  tittersome @maybeswabey Who do you think we should follow and why?


There are celebrities which I find can be entertaining which embody part of how I see twitter. Also, fellow authors and illustrators who I admire and, of course, friends and family. Recently I’ve been enjoying, for a variety of reasons*:


And a couple of funny, entertaining off the wall tweeters:


*Disclaimer: Apologies to all those wonderful people I follow on twitter but there just isn’t enough space to list you here and I wouldn’t want you thinking…


THANK YOU for popping by David! see you again soon.
Say Hi to Andy Sharp at Hodder Children's Books for us next time you see him - we always found him to be a very inspirational chap!

NB you can send your very own special Hugless Douglas hug here.. very clever and sweet!!

You can join our Book Sniffer  Facebook group here! Pop along there's always something strange happening ! 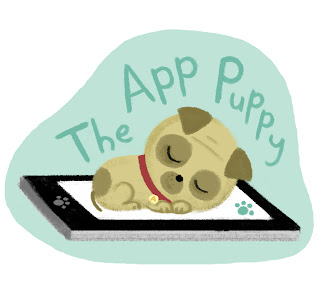 This cheeky lil' pup was masterfully created by squire and gentleman Mr Steven Lenton. We LOVE him Thanks Steven!
Look at that cheeky little face! 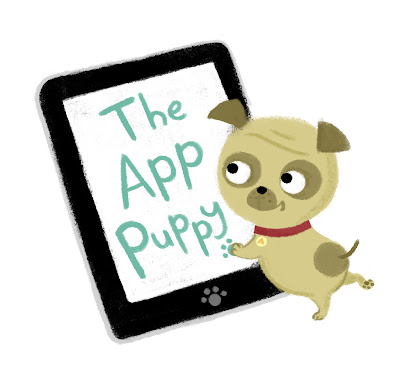 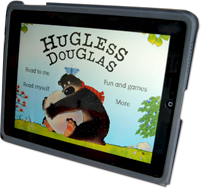 Clara Vulliamy will be reporting back from her Martha and the Bunny Brothers finger painting event atThe Apple Store
in Covent Garden London! 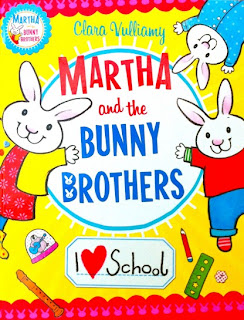 SEE YOU SOON!
Posted by Pure Pirate at 02:16 No comments: 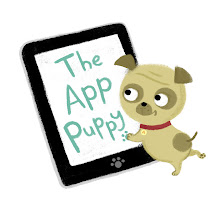